Why pay and conditions will become an arms race in the global war for talent by Barry Dudley, partner Green Square 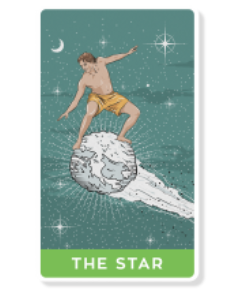 Much has been made in the media over the past few weeks of shortages – shortages of fuel, in the shops, of computer chips, CO2 gas, construction materials, shipping containers, of certain drugs, of lorry drivers, hospitality staff and care home workers… in short, the world is, for the time being at least, short of just about everything.

The reasons for these shortages are varied and complex, and outside the scope of this article; however, most are solvable in one way or another. But one shortage isn’t so  easily solvable.

Events of the past few weeks have woken everyone up – especially here in the UK, where Brexit has exacerbated the issue – to the fact that there’s a new type of conflict going on: a global war for talent.

Post-Covid, in the developed world, with its ageing populations, labour shortages are developing in all manner of sectors. The pandemic has obviously reduced mobility and put pressure on certain supply chains.

But more than this, the past 18 months or so have acted as a kind of giant social petri dish, an experiment that would have been impossible in any other circumstance: offices have been shut and everyone’s been forced to work remotely or from home – if not permanently, at least long enough for everyone, employees and employers alike, to get a taste of what a remote working world might be like. And what the working world has seen has terrified some people, and energised others. And, it’s fair to say, started a huge shift in power, from bosses to employees.

In the UK, job vacancies soared to an all-time high in July, with available posts surpassing one million for the first time. In May, jobs site Reed.co.uk had its highest number of monthly postings since 2008. In August another 250,000 roles went live on the site. Simon Wingate, the company’s managing director, told Wired magazine that opportunities advertising remote work have grown more than four-fold compared to before the pandemic. A survey by the HR software consultancy Person in July found that 41% of those surveyed in the UK were “seriously considering” changing jobs or professions.

Over in the US, four million people quit their jobs in April – a 20-year high – followed by a record ten million jobs being available by the end of June. A Microsoft study has found that 41% of the global workforce is considering leaving their employer this year.

Psychologically, the pandemic has wreaked havoc – depression, loneliness and anxiety are all on the rise; but it has also allowed people the space to take stock and to consider the quality of their lives – and there’s plenty of evidence emerging that people (at least those we might call white-collar workers) are coming to the conclusion that commuting to an office isn’t for them. If you can, why not work from home, spend more time with the family and have more time for yourself and your hobbies and interests?

In the marcomms world, which puts a premium on youth and energy as well as creativity, recruitment and the retention of talent is going to be a key front in the global war. More than most industries, marketing and advertising relies on collaboration, face-to-face working and some sort of office culture.

The pandemic and lockdown have proved that agencies can still work remotely, but anecdotal evidence has also demonstrated that many agency employees miss the buzz of the office: their work partners and collaborators, chatting with colleagues, the excitement of a pitch or a brainstorm… but even here, there is a feeling that employees are, if not resigning en masse, starting to demand more – more flexibility, a less rigid calendar, a better work-life balance. Perhaps more money too.

But in marcomms, as in banking, tech or consultancy, money perhaps isn’t the issue. While wages for starters might be low, generally they’re better than average, and conditions may be the front on which the war will be fought (and won). This may cause a change in agency culture: real freedom and flexibility, a sense of being valued as an employee, opportunities to contribute, better training and prospects for promotion and advancement… in the new world, these will all win out over free Friday drinks, the chance to dress casually, pool tables, subsidised bars and all that traditional ad agency paraphernalia. On the subject of training, this is something many agencies have been poor at – taking in people and training them up if there is someone available who can hit the ground running. Given the current talent shortage, yet a glut of unemployed grads, it would pay agencies well to review their recruitment and training strategy.

All this matters because the advertising jobs market is heating up as client demand and marketing spend are bouncing back, in some cases above pre-pandemic levels, which is leading to higher employee churn and pushing up salary inflation.

Mark Read, CEO of WPP, said at the company’s Q2 results recently that the strength of the recovery has “surprised many people” and this year’s staff bonus pool should be two and a half times 2020 levels.

And Statesidse, John Wren, chief executive of Omnicom, warned: “We are seeing some pressure on our staff costs, particularly in the US as the labour markets remain tight.”

Much-reported anecdotal evidence of candidates receiving multiple competing job offers also points to a hot recruitment market – in contrast to a year ago during the first lockdown (during which some agencies panicked and made savage staff cuts – 6,000 each in the case of Omnicom, WPP and Dentsu). But conditions improved in Q3 and Q4 of last year and the result has been a job boom as some companies seek to re-recruit after the cull. The very best talent could, at this point, name its price – and have those who cut jobs too deeply and too quickly lost an advantage?

But agencies aren’t just in competition with each other; they will need to compete with the big consultants and auditors, who have already parked their tanks on the marcomms lawn, as well as the tech giants, the finance industry and others. Despite the aggressive “we need to return to the office” noises made by Goldman Sachs and others, I’m not sure the old ways of doing things are going to return.

If you think that’s a bit far-fetched, consider this: back in the 1340s, the Black Death killed millions – no reliable stats are available, but the plague may have killed between a third and a half of the population of Europe – and caused acute labour shortages. Many landowners were ruined, the feudal system began to crumble, power was transferred to workers and wages rose, social mobility (in a hitherto rigidly stratified society) came in and, perhaps most significantly, what we understand as capitalism began. In addition, the expansion of Islam was slowed, and the once all-powerful Catholic church’s hold weakened and Europe began to urbanise. Pandemics cause huge changes in societies (see the Spanish Flu pandemic of a century ago and the Plague of Justinian in the 540s, which hastened the fall of the Roman Empire into the fledgling nations that would eventually become England, France and Germany et al).

I mention all of this not just because labour shortages are in the news right now, but also because of a deal me and my partners at Green Square recently closed. Back in August we worked with the HOME Agency (a strategic marketing agency with offices in Leeds, London, Gibraltar and Sydney and clients like Grand Central Rail, Hitachi, Princes and Land Rover) to bring them together with Intermarketing Agency (an integrated agency whose clients include Red Bull, Adidas, Tesla, Netflix and Campari, and offices in the UK, USA, South Africa and Europe) to create a new entity called IMA Home.

The newly-merged company has about 400 staff (170 at HOME, 230 or so at IMA) – but its first task is to recruit another 200. So, business is booming. Of particular interest to those, like us, working in the M&A space, is what the war for talent will mean moving forward. As long as the jobs boom persists, as it remains a seller’s (ie, employee’s) market, then employers will have to be super-flexible; they’re not only trying to attract talent to their shop, but to the wider industry too.

This means being open about geographical location and office hours – and making the office a really desirable destination – somewhere people want to come to, rather than forced to do so, something that offers more than beanbags, babyfoot and subsidised sushi. It means acknowledging that unsung support staff (not just the talent, but the junior account execs, the cleaners, interns, grads, caterers, facilities types, the guy who brings your post to your desk) have an important role to play in creating the desirable destination. It means being open about using freelancers, and paying and treating them better (some talent just doesn’t want to be tied down to one employer, or to office life – do you really need to do that)?

Another effect of the pandemic is that it may make creating start-ups easier and cheaper, but at the same time more difficult. Why pay for a big central London (or Manchester, Bristol or Leeds) office when you can hire a smaller, high-tech space that might suit you and your staffs’ needs better? On the other hand, the reputation (personal and business) of the principals will be crucial as a recruiting tool. How many people want to work for a complete bastard – even a talented one with a great track record and a cabinet full of awards – when there are plenty of other options available. And with a smaller base from which to operate, the use of tech will be key, as will the ability to translate in-person communications skills into virtual ones: can you be as charming and persuasive on Zoom as you are in the flesh?

It changes the role of Green Square in all this too. Whilst financial performance will always remain critical in M&A pricing, due diligence will mean not just looking at the books, legals and commercials, but a whole host of other factors, including what we might call “agency people skills” – how it treats, hires and works to retain its staff.

It’s always been said that marcomms is fundamentally “a people business” – that’s never been more true than right now. This is a subject I suspect we will be returning to…