Why M&C Saatchi can still be optimistic despite its accounting woes, Tony Walford writes in The Drum 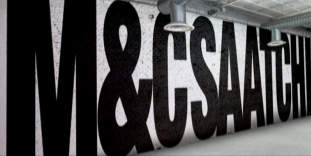 One of the biggest talking points in our industry over the past few months has been what might colloquially be termed a “cock-up in the accounts department” over at M&C Saatchi.

To recap: back in August, it was announced the AIM-listed indie network’s auditors, KPMG, had raised concerns regarding accounting controls following an audit review. An independent review by PwC discovered a series of historical “misstatements”, including “overstated accrued income” of £2.6m; “irrecoverable receivables” of £1.7m; “pre-payments” of £0.9m; “other debtors” amounting to £0.5m; and “impairment of intangible assets” of £0.7m.

That’s quite a big hole – £6.5m or so – to account for (though the losses will partially be offset by an adjustment win the agency’s corporation tax obligations), but more important is the effect such mistakes (I call this a mistake because there is no indication or implication of fraud – it’s definitely a case of error rather than conspiracy) have on a company’s reputation and investor confidence.

And so it has proved: over the past six weeks, ever since the errors were revealed, M&C’s share price has tanked by 55%, meaning its market cap has fallen from more than £300m to below £150m in under two months. Ouch! Observers are correct when they say that this is probably the biggest crisis the company has faced since it lost British Airways, its biggest account, back in the 1990s.

But let’s look at the positives. Despite the disclosure’s effects on the shares, M&C has behaved in an exemplary fashion. A mistake has been made, and the agency has ‘fessed up to it. Chief executive David Kershaw has been pretty transparent about the whole thing, and the fact that PwC is conducting a full investigation into the errors (the results of this investigation should be known by November) means that the share price crash is probably far less catastrophic than it could have been.

Also, M&C had already appointed a new group financial director, Mickey Kalifa, in January before the discovery of these errors and having a fresh set of eyes and a more “outside-in” view can only be a good thing from an investor perspective.

The agency has already warned investors that the next set of figures will be down, and that profits will be hit by the charges relating to the accounting error. How will this affect investor confidence moving forward?

M&C, of course, operates in an industry that has been hugely disrupted over the past decade, and the pain is set to continue for the foreseeable future; why would anyone invest in a company that has accounting errors stretching back to who-knows-when, operating in an industry in which the established models are being heavily disrupted?

A good question, but I’m unsure of its relevance. A crash in investor confidence is always bad news for a business, but in the short term, M&C needn’t worry. From being in a net debt position of £2.2m last December, the agency now has plenty of cash to hand – £9.5m on 30 June, after enjoying a windfall from selling a 24.9% stake in Blue 449, formerly known as Walker Media, to Publicis Groupe in March. So it has little need, for the moment at least, to go cap in hand to investors for money.

In addition, the majority of stock is held by people with a big emotional stake in the future success of the agency: more than 18% of shares are held by the remaining founders: Kershaw, Maurice Saatchi, Bill Muirhead and Jeremy Sinclair, with smaller employee investors upping the company ownership. The next biggest stakeholders are fund managers Octopus Investments and Invested Wealth, with 14% and 4.6% respectively. Ownership is unlikely to change for a while because which shareholder – unless they think prices have an awful lot further to fall – is going to want to sell up at such a low price?

There’s also the matter of how much shareholder confidence affects the ability of an agency like M&C to conduct its business. I’d argue not that much. As long as M&C’s clients – which include Pernod Ricard, Unilever, BMW, Royal Mail and Fuji – are happy with the work the agency produces on their behalf and the agency has stable cash reserves going forward to ensure continuity of work (which it does), why should they worry?

And although share prices might exercise financial directors, founders and principals, most staff at an agency won’t worry too much, unless they hold significant stakes themselves. I’ve never met a creative who was kept awake at night by fluctuations in the stock markets, and I suspect most readers of The Drum haven’t either. An exodus of talent as the result of an accounting crisis is pretty improbable.

But what of corporate raiders and predators? An aggressive takeover might be tempting for bargain hunters, especially with the price so low. Indeed, rumours that Accenture, the consultancy that has been most active in buying up businesses in the marcomms space, has been running a slide rule over M&C have been circulating for months. Accenture has the experience, has the money, has the will, and – with the heavyweight likes of Karmarama, Droga 5, Kolle Rebbe, MXM and Brightstep already under its wing – has the existing portfolio which would be a natural home for a prestigious agency brand like M&C Saatchi.

Clearly, if the founder-shareholders were not minded to sell their stakes then a full takeover by Accenture or some other acquirer is perhaps unlikely at the moment, but consider the saga of WPP and Chime Communications.

Sir Martin Sorrell’s WPP for many years held a large minority stake (17%) in Chime, whose businesses included ad agency VCCP, sports management agencies and comparethemarket.com. This not only gave WPP clout in the boardroom, but also enabled the network to work with potential investors, such as New York-based private equity house Providence Equity Partners to launch a takeover, which it eventually did (Chime was sold to WPP/PEP in 2015 for about £374m; in July this year, WPP sold its 20% stake to Providence, which is now the sole owner, for £26m).

Other moves are possible as well. A significant external shareholder could use boardroom influence to launch a merger. This is what Sorrell did to fulfil his ambitions in Australia.

Back in the early 2000s WPP acquired a 6.9% in STW, Australasia’s biggest ad network. By 2007, this had risen to 10%. And five years later, Sorrell’s firm bought a third of DTDigital, an STW shop that had close links with WPP’s Ogilvy [& Mather]. By 2015, WPP owned 23.6% of STW and the board proposed a merger, thus creating an AUS $850m marcomms colossus, henceforth to be known as WPP AUNZ. This was not supported by all of the STW top team shareholders and there was some fallout in the process. In the end, the new entity was not the success either party had hoped, posting a $253m loss earlier this month, and there is much speculation that the group will either be broken up or extensively rationalised.

In sum, having a significant minority shareholder in a publicly listed company can ultimately drive – or block – takeovers so it’s something to watch out for.

But I’m not sure this will happen either in the case of M&C. The big holding groups don’t seem to be on the acquisition trail right now (WPP is divesting itself of businesses) and there’s no sign that the principals want to get out.

And accounting scandals and tanking shares aren’t always terminal. Readers with long memories will remember what a basket case IPG was back in 2002. It had revealed a series of colossal accounting disasters that resulted in an SEC investigation and ratings agency downgrading IPG shares to “junk” status. $145m in revenue and $25m in net income were “improperly” accounted for. Shareholders bought class action lawsuits worth $115m.

When Michael Roth took over as boss a short while later, shares were trading at about $10, later sinking to under $4, making the group something of a bargain; everyone thought the holding group was going to be taken over – perhaps by Publicis or WPP. Roth freely admits that he “took plenty of meetings with people who were interested in acquiring us”.

At the time of writing, IPG shares were $20.98, and the group is said to now be outperforming its rival groups, despite being smaller than Publicis, Omnicom or WPP. The worst accounting scandal in ad land history was eventually dealt with, and IPG soldiered on.

Any problems M&C has are a drop in the ocean by comparison, and they have been dealt with quickly, professionally, efficiently and openly. Unless November’s report reveals a hitherto unknown scandal, I can’t see M&C changing that much in the short to medium term and in future, this matter is likely to be looked back on as a bump in the road.