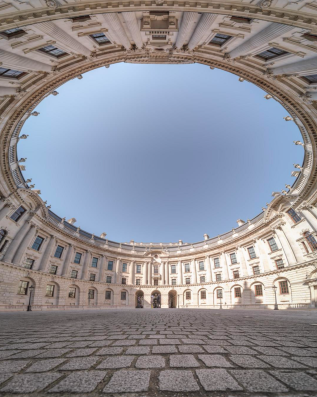 Clearly the cost of the pandemic has been enormous and at some point it will have to be paid for. The most likely source of funds will be higher taxes and, whilst the current UK government is very reluctant to hit people directly in their pockets, the Chancellor, Rishi Sunak, has been making noises that taxes will have to go up in the upcoming budget on March 3rd.

Last autumn there were many rumours around increases in UK Capital Gains Tax (CGT) which, although related to property as well as share investment, would largely impact people selling their businesses. This is also seen to be a relatively ‘soft’ area as it plays more to the general public sentiment.

In November 2020 the Office of Tax Simplification prepared a report for Sunak in terms of areas that needed looking at, and many recommendations of such reports have historically found themselves appearing in the budget. The report said £14bn could be raised from aligning CGT to Income Tax if there was no change in behaviour (which there undoubtedly would be).  Whilst £14bn compared to the £300bn or so that has been spent dealing with COVID-19 is effectively a couple of beers down the pub (once they reopen), it would certainly be a symbolic move.

However, last weekend (9th January), on the back of the latest lockdown, it was mooted in The Times that the March 3rd budget is now less likely to include significant tax changes. Whether or not this means CGT will remain unchanged we cannot be sure. In any event for business owners who are not already in a sale process, it’s highly unlikely they would be able to go to market and close a deal before the budget without it being a fire sale at a substantial discount (which may mean getting the same amount ‘net’ as they would have done under any new tax regime anyway).

So, what could CGT increases look like? Put bluntly, and in the worse-case scenario, aligning CGT to Income Tax rates would mean the amount of tax being paid by the shareholders on the sale of a business increasing from 10% on the first £1m of gain under Business Asset Disposal Relief (BADR, formerly known as Entrepreneurs Relief) and 20% thereafter, to as much as 45% for those in the top rate tax band.

That is the worse-case scenario. CGT on property is currently 18% or 28%, depending on an individual’s tax band, and business CGT could be aligned to these rates instead. Either way, it looks as though CGT will ultimately increase, it’s not a matter of “if” but “when”.

We’d like to think, given this weekend’s press, that any tax increases in the budget may be delayed and hopefully until the next tax year starting 5 April 2022. This will give people time to make decisions regarding their assets and plan accordingly. The problem is, unless the Chancellor makes further announcements between now and the budget, massive uncertainty still remains.

So, as many of our clients have asked, we thought it may be useful to set out what can be done in the short-term pre-budget to mitigate CGT risk. Given starting a sale process now and closing it by the budget is not really feasible, there are other measures that can be taken. Such options include Management Buy Outs (MBO’s), which often involve external funding from a PE house or bank, and Employee Ownership Trusts (EOT’s) which have become more popular in recent months.

An MBO is often internal, so doesn’t involve the need to find an acquirer – normally it is between existing shareholder managers who are looking to retire or step away from the business and the ‘second tier’ of management who want to take on the reins.  It can be self-funded through existing cash in the business and future cash that the business generates, but will often involve bank financing (particularly if those exiting want more certainty over getting their money and getting it now) or private equity backing.  For a bank to back such things they have to do their due diligence on the business, as would a PE house, to establish whether they are happy to lend – not an easy conversation to make happen right now, given the strain the government backed lending has put on the banks and the revised working practices that the bank staff are having to grapple with.  And then there’s the question – “Who is our second tier?”.  If you aren’t already talking to your bank or a PE house, as well as that second tier, it will be very hard to make such things happen by budget day.

An EOT is where shareholders sell a majority stake (it has to be at least 51%) to a Trust which is owned by the employees. There is currently no tax payable on the gain on such things as they’re looked on very favourably by the government given future value is being shifted to employees.  The tax point is the date on which the shares are sold, even though the Trust may not be able to pay for the shares at the time of sale but perhaps out of future profits. This makes it even more attractive. This route has historically tended to be used by firms which have found it hard to realise value from a typical sale process but is nonetheless a very tax efficient way of extracting value from a company. However, there are downsides, not least that it has to be an ‘all-employee’ trust and the shares can’t be skewed to specific individuals, and it may also make the company less attractive to future purchasers.  And if a bank needs to be brought in you are back to the challenges highlighted above.

Other options include selling shares to a new holding company in a share-for-share transaction.  Although cash doesn’t change hands, there is a debt outstanding to the shareholders to be settled at some future time – perhaps when the business is sold further down the line.  This crystalises the value and locks in a gain at current rates.  However, this will likely trigger a ‘dry’ tax charge – you will have to pay the tax from selling the shares regardless of whether you have actually received any money for the shares. And the company may never be sold…

In conclusion, there’s no question taxes will have to increase to recover the enormous cost of the pandemic. That said, the government has to balance any tax increases against the additional economic harm this may create. If people have less money to spend, this means they buy less goods and services, which ultimately leads to a shrinking economy and Income Tax increases are always unpopular. Thus, CGT is very likely to be targeted in some way, but whether it is a draconian alignment to Income Tax or something more palatable remains to be seen, as is the timing of any such increase.  Aside from the holding company route above, it’s probably too late to do much else to mitigate a CGT increase should it happen in the upcoming budget. However, if delayed increases are announced then it is critical business owners react swiftly to understand their options and take the relevant action.

A lot of eyes are going to be on Mr Sunak come March in what could be the most significant budget of a generation.

Quite some legacy - reset the numbers, delivered a $2.3bn deal, but for me Michael Roth’s focus on people, culture and diversity underpinned it all…’ https://bit.ly/3FM8p2u

Sir Martin Sorrell is a man that can never be underestimated. Great piece from our partner Tony Walford published in The Drum. @MeetTheMonks @S4Capital