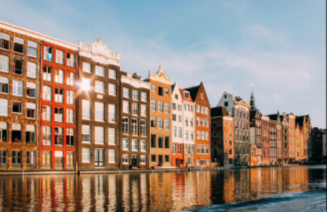 In 2017 I gave a talk in Amsterdam in conjunction with The Drum titled ‘First Up Best Dressed – A Hothouse of Creative Talent‘. The talk looked at the potential focus of marcoms and marketing technology acquirers on the Netherlands post-Brexit.

Since giving this talk, we have seen the well-publicised acquisition of MediaMonks by Sir Martin Sorrell’s S4 Capital, which then went on to buy Dutch influencer agency IMA, the acquisition of digital shop Pervorm by Deloitte Digital and Storm by Accenture to name a few.

Alongside this we have seen the growth of Dutch marcoms consolidators Dept and Candid, the latter of which has just acquired the highly respected Amsterdam-based strategic creative agency XXS in a deal negotiated by ourselves at Green Square.

This focus on the Netherlands is set to intensify, particularly if we move to a no-deal Brexit. It’s not going to be restricted to the marcoms and martech world, corporate and investor interest will be across all sectors, but it’s the creative and tech industries that are the focus of this article.

The Netherlands has long been seen as a nation of highly creative people who tend to take more risks and break more rules, resulting in freer thinking which leads to the development of groundbreaking and innovative campaigns. However, it’s also viewed as a country where lifestyle is an important factor and people are less driven by materialistic goals, in comparison to the US and the UK, and many of its European counterparts.

Following the Brexit vote – and now the real possibility of a no-deal Brexit – we have seen companies and organisations already shift their European headquarters away from the UK, with cities such as Amsterdam and Dublin being high on the list of favourites.

The Netherlands Foreign Investment Agency (NFIA) recently stated 42 large companies including Sony and Panasonic had already agreed to relocate to Holland with another 250 in talks. This trend is set to continue and, once plans to relocate are signed off by corporates, it is pretty much impossible to turn back, deal or no-deal. Opportunities for Dutch creative and technology agencies to expand to service demand from these new global companies settling on their soil will be massive.

And with the UK potentially no longer being a gateway to Europe for non-EU marcoms acquirers, those acquirers will be focussing on alternative English-speaking gateways that attract the most creative talent.

So, what does this all mean? We are not only likely to see a migration of creative and tech talent to the Netherlands, but also potentially a cultural change in how the marketing communications industry operates, with attitudes potentially becoming less about lifestyle and more focused on agency growth. I think there will be a polarisation between those agencies that exist due to the love of the work and those that not only love the work but equally love the commercial and financial gains that can be fostered from the opportunities in front of them.

Speaking with many Dutch agency owners has already indicated this divergence – there are those that want to stay small, focus on a handful of clients at a time, go home at a decent time every day and remain fiercely independent. Equally, some have openly said they want to grab the bull by the horns, maximise the opportunities, grow their agency and realise significant value from a sale in a fairly specific timeframe.

The other thing is that outside of the Netherlands everyone seems to think the Netherlands is Amsterdam! This is so not the case. While there’s no question that Amsterdam attracts a lot of talent due to it being so famous on the world stage, there are stunning creative, digital and tech agencies in other cities including Rotterdam, Utrecht, The Hague, Sassenheim, Eindhoven…the list goes on.

As this creative and tech migration takes hold, Amsterdam’s relatively small infrastructure is likely to be a restraining factor, and we will see these cities expand to the fore. With the bonus of an excellent and fast rail network, it’s really easy to get around. The majority of train rides between Amsterdam and the other major cities are little more than 30 minutes, meaning location is actually less relevant and you certainly don’t need to live where you work.

Another interesting point is the birth of Dutch marcoms groups – notably Dept and Candid as mentioned previously. Digital full-service network Dept was founded in 2016 when a group of specialist digital agencies combined to better service clients’ needs and help brands grow to be the best in their markets. Building Blocks in Manchester was the first UK firm to join the network and the vast majority of agencies within the network were rebranded Dept last year. Dept now has over 1,400 employees, turnover of €250m, is private equity-backed and scaling very fast. Its focus remains purely on digital and data.

Candid was founded by Gerard Ghazarian and his brother Youri and got going on the acquisition trail in 2017. Rather than bring together agencies in a network as Dept has, Candid has followed the buy-and-build route, initially focusing on Dutch agencies. The acquisition of brand strategy, advertising and creative production agency XXS in July gave Candid full-service capabilities and there are now nine agencies in the group with over 200 employees across Amsterdam and Rotterdam.

As with Dept, we expect to see further acquisitions from Candid, particularly into other European countries. Indeed, what will be interesting is if we see Candid acquiring in the UK as Dept has done. While a no-deal Brexit may result in those acquirers needing an EU gateway moving their focus away from the UK, if the UK negotiates direct trade deals elsewhere, for example with the US and China, we could see EU-based companies look to gain access to non-EU markets though UK acquisitions. Either way, the UK will remain a source of vast creative and tech talent, despite the final Brexit outcome.

Speculation on the UK situation aside, there is no doubt that the Netherlands is going through a period of significant inward investment and growth and it’s going to be very interesting watching this pan out. Property prices in key cities have escalated in recent times reflecting the growth in demand as people migrate, and also in anticipation of a bit of a boom.

What will be most interesting is how this investment and growth may affect culture, particularly within the creative industries, and if there will be a shift in focus between creativity, lifestyle and commerciality. Is this a good thing? Perhaps not, depending on your point of view. The Dutch may have got it right in terms of the balance being more towards life than work, but significant growth and development could enhance the lifestyles for many.

What is clear is change is already happening, investment in the Netherlands is only set to continue and it’s time for those with opportunities in front of them to seize the moment. This truly is a new golden age for the Netherlands.