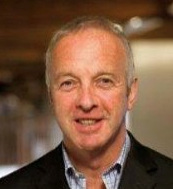 Iain’s career has spanned many international agency directorship roles and he brings a wealth of experience to Green Square and its clients. Following Euro RSCG’s acquisition of KLP Group plc, where Iain was MD, Iain took the role of CEO, Euro RSCG Worldwide in 1992, subsequently becoming Executive VP of Havas in 2003. In April 2006 he founded AIM listed Mission Marketing Group plc, a company he built organically and via acquisitions including Bray Leino and April Six. He left Mission in 2011 to pursue an advisory career and currently holds a number of agency non-exec Chairman roles, many in private equity backed businesses. His specialises in business strategy, operational management and M&A across the digital, data, creative and content landscape.

Who may buy Engine? by Tony Walford. Very pleased to be published in Adweek.
https://bit.ly/2Vkl4Yl

Really looking forward to watching where @stevenackerman @jeznelson take the global podcast industry. Super proud to have advised them on @SomethinElse sale to @sonymusicnews

It’s been great working with @theboundaryuk to find the right partner @mobeusequity to take them into the next chapter of their exciting journey. Watch as they continue to deliver ground-breaking digital visualisation output, techniques and technologies…https://bit.ly/3imGZHS