Can the consultant conquer creative? What Ogilvy can expect from new boss Andy Main. Tony Walford writes in The Drum 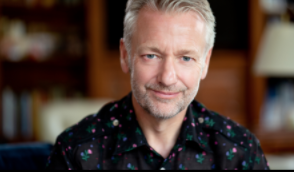 Advertising is, they say, a people business: Saatchi & Saatchi; J Walter Thompson; Ogilvy & Mather; Abbot Mead Vickers; Doyle, Dane Bernbach. Historically it was all about the name(s) on the door.

Many ad agencies were built in the image of one man – back then sadly they were always men – or a couple of men. The founder or dominant partner’s DNA, his principles and idiosyncrasies, informed how the agency behaved, the kind of people it hired, the clients it went after.

Of all the great old agencies, Ogilvy (formerly Ogilvy & Mather) is perhaps most closely associated with one man, its founder, David Ogilvy (1911-1999). Those who knew him tell me that he was a brilliant, if sometimes infuriating, man – tall, imposing, charismatic; a dazzling storyteller; a born showman not above burnishing stories if necessary; a superb copywriter; a snob; a great boss; a dispenser of bon mots…

The great man founded the agency that bears his name back in 1948. His client books and early campaigns – for Dove, Schweppes, Rolls-Royce, Hathaway shirts – were a reflection of the kind of man he was. Singular, distinctive, a little eccentric maybe, but almost fanatically informed by careful research, and always gentlemanly.

O&M went public in the 1960s – it was the first big agency to do so – and Ogilvy’s influence waned after he retreated to his French chateau and as he aged and as the shareholders took over. He wasn’t above making his feelings known or dropping in on the shop he founded, of course. He famously called Martin Sorrell “an odious little shit” in 1989 when the latter’s WPP group took over the old lady of Bettenham House in a daring $864m acquisition. Although Ogilvy later apologised and the two men were reconciled, the WPP takeover ended Ogilvy’s influence at the agency. While his spirit was always there, kept alive by veterans who’d known him and worked for him, O&M effectively became ‘just another agency’, albeit one of the marcomms world’s most prestigious brands.

Since the 1990s, the agency has been through a number of global chief executives, all of them different, but all of them longstanding O&M employees. Whether these bosses had a greater influence over the look, shape and behaviour of the agency than Sir Martin Sorrell is perhaps an argument for another day, but all of them had some sort of link with David Ogilvy and O&M’s past.

But this week Ogilvy (or, we should say, WPP) did something rather different. It appointed Andy Main, global head of Deloitte Digital and a principal at Deloitte Consulting, as its next chief executive.

Main replaces John Seifert, who has worked at O&M since 1979 – a decade before the WPP takeover – and who has been chief executive for the past four years. Seifert stepping down isn’t a surprise (he’d announced his retirement back in April) but the timing is (Seifert originally said he would be stepping down next year), and so is the new boss, who will join next month to begin what management types call “a leadership transition”.

So, who is Andy Main? This is what we know so far.

A Scot who attended the University of Edinburgh, he’s spent 21 years at consultancy giant Deloitte, with the last six spent running its agency operation Deloitte Digital from Denver, Colorado. He is based in the US, and it’s not clear whether he will run the network from New York or London.

You may have heard his name before – under his leadership, Deloitte Digital made the first significant move by consultancies into creative services, snapping up the likes of Acne and Heat.

Talking earlier in the week to Ogilvy and WPP veterans and industry observers, two viewpoints are emerging.

For the suits, and from a WPP perspective, this is seen as a good move. Main is highly rated, and WPP’s ability to hire an outsider of his stature is seen as both a coup and a tonic for the holding company, which has watched its fortunes slump since 2017.

Mark Read, chief executive of WPP since 2017 (he replaced Sorrell), who led the search, told the trade press: “I was looking for someone who could have respect for Ogilvy’s creative business but also someone who could develop a future vision to help transform Ogilvy’s clients’ businesses.”

It turns out that Main also knows WPP and was invited to speak in his Deloitte Digital capacity at a private WPP strategy day in September 2017.

The new boss spoke to 50 or 60 senior Ogilvy executives by video earlier this week, ahead of the public announcement, and an insider said they were “excited” about the new CEO. But another (not entirely impartial) Ogilvy watcher told me that the agency’s creative community might not be so welcoming.

“Creatives and management consultants do not always regard each other with much respect… there may be antagonism and cynicism, both inside and outside the agency”, he told me. “People will ask: ‘What are his creative credentials?’ But time will tell. You’ve got to applaud WPP for trying something different.”

So what will Main do?

Given his background, his agenda is likely to be “modernising” Ogilvy, with a big emphasis on technology. What about creativity, an ill-defined term that, despite the importance of tech and consulting, is still essential to any marketing shop’s success? I’m going to give him the benefit of the doubt and say that when you look at what he has said previously and the acquisitions he made at Deloitte – principally Heat – he does seem to acknowledge the role of creativity.

“Andy Main is one of our industry’s most admired leaders”, Read said in a statement. “He has demonstrated the effectiveness of blending creative, technology and consulting services. His belief in the power of creativity to transform businesses and the importance of people and culture in organisations aligns closely with our vision for WPP and our agencies.”

And Seifert added: “Andy’s personal and professional experience could not be more relevant for the ongoing transformation of Ogilvy and WPP at a moment of extraordinary change and opportunity in our industry.”

Like all industry leaders in the current climate, Main will have to address two major current issues: the fallout from the Covid-19 pandemic and the Black Lives Matter movement. But in the longer term, Main will also have to restore the agency’s reputation for creative excellence. Although Ogilvy still has one of the most enviable client books in the business – BP, IBM, Unilever, Vodafone and Walgreens Boots – and much of its work has been good and very occasionally great, it is no longer the force it was in the 1950s-80s and even into the 1990s.

This means he’ll have to work hard to overcome the cynics and those wary of his background, both inside the agency and out. Winning over clients should be unproblematic given his background and track record – but if he is to really succeed he’ll need to attract and retain the very best creative talent, nurture it, protect it and give it freedom. Not an easy task when you have a big holding company and its shareholders to please.

After years of tinkering, Ogilvy/WPP has acted decisively, broken the mould and chosen an outsider – the agency needed to do things differently if it is to survive and prosper in an era of disruption and crisis. But at the same time, Main must remember his new agency’s great founder, understand his creative and managerial legacy, and adapt it for this century while still retaining its distinctive DNA. No easy task.

It’s way too early to pass judgement, of course, but I wish him luck – and, I suspect, will many others. An Ogilvy restored to true greatness will be good for the industry, as well as for WPP shareholders.