Agencies begin to feel the pinch as advertisers review accounts in droves; read Tony Walford’s comment in The Drum 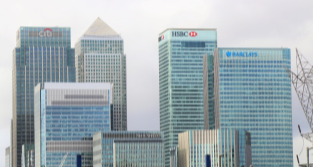 We’re not yet out of January and already $10bn worth of media business is under review, according to the estimates of marketing consultants ID Comms.

This week alone The Drum has reported that major spenders Shell, Asda, HSBC and Procter & Gamble have begun re-evaluating their agency arrangements. They follow the likes of Mars, Coca-Cola and Sky who already have tenders worth hundreds of millions in play.  And this is only the start.

“Our market intelligence would indicate that 2018 will be an extremely busy and congested pitch market,” says David Indo, ID Comms’ chief executive.

The current cavalcade of reviews is being likened to the events of 2015, a year dubbed ‘Mediapalooza’ on account of the vast amount of business that was put out to pitch. Back then Coca-Cola, DHL, General Mills, Honda, L’Oreal, Mondelez and P&G all moved accounts to new agencies while the likes of Coty, GSK, Reckitt Benckiser and Unilever ran pitches before opting to retain their incumbents.

But according to Indo, marketers’ motivations are “decidedly different” this time around compared to their hunger for “immediate and bankable savings” in 2015. Then, “the desire to secure improved prices overshadowed everything else,” he says. Now advertisers are challenging their agencies to illustrate what measures they have in place to mitigate against ad fraud and enforce brand safety, marketing’s hottest topics.

“Many brands have spent the last 18 months seriously considering their media agency requirements and getting their ‘own house’ in order prior to going to market,” he says. “If 2015 was a race to the bottom, 2018 has the makings of a year where the challenge for the agencies will be who is best equipped to race to the top.”

Agencies can’t say they weren’t warned. Clients have been challenging them on their efficacy ever since P&G’s chief marketing officer Marc Pritchard set the tone almost exactly a year ago with a landmark speech demanding the industry face up to the concerns around its “murky at best, fraudulent at worst” media supply chain.

And marketers, at least, appear to have heeded his call – reviewing not just their media business but increasingly large swathes of their creative and communications needs too.

“The communications marketplace is evolving at an ever-faster pace and many advertisers are quite naturally questioning how they can best operate in this environment and whether they have the right shape and skills internally and externally,” says Debbie Morrison, a director at the advertisers’ trade body, ISBA. “The status quo no longer delivers the results that these organisations need.”

Such a frank assessment from the organisation that styles itself as the Voice of British Advertisers will do little to reassure anxious agency bosses. But the onus is on them to better allay clients’ concerns and in turn their own, according to marketing procurement consultant Tina Fegent. “Agencies have not been proactive in talking to clients about the issues,” she says. “I appreciate it’s a hard call to make but I haven’t seen any proactive discussions with clients. This affects trust.”

One thing the major marcomms groups have been doing is working hard to remould their agencies into the image they believe clients now crave.

The Havas Group developed a new tool to give its clients a complete view of a programmatic buy, from where ads are going to how much they are spending. Called the ‘Client Trading Solution (CTS)’, it’s not a way to trade programmatically but is being pitched as a “client facing, fully transparent control tower displaying all programmatic trading”.

Publicis has focused on simplifying its services and made much of its ‘Power of One’ model which brings to bear for clients all of the group’s operations from creative, to media to digital under one roof and one chief executive. It will be pressure tested by the Asda review.

WPP, meanwhile, has focused its efforts on consolidation of an even more permanent kind with the merger of its media agencies MEC and Maxus into “media, content and technology agency” Wavemaker, which launched this month.

It’s easy to see why agencies are doubling down on consolidation and simplification. Published last year, the second Media2020 report by Media Sense, ISBA and IPSOS Connect – which surveyed 250 senior British marketers – recorded an uptick in respondents stating that they will use fewer agencies in the future compared with the first survey, conducted in 2015. In fact, 62% of marketers agreed they will use fewer second-parties, up 4% in two years.

But Paul Frampton, who was the chief executive of Havas Media Group UK & Ireland until November last year, questions whether marcomms groups – generally – have moved quickly enough to respond to clients’ ever-changing needs. “The winds of change for agency holding groups have been predicted for some time but the volume of big business being reviewed so early on combined with the simultaneous aggressive challenge from management consultancies was unexpected and will create nervousness from analysts,” he says. “Brands are demanding both a new strategic model and genuine transparency, but the bigger holding groups seem slow to provide either.”

Those who might fill the gap include smaller independents who could compete on price but might not have the capacity the biggest advertisers require and the management consultancies who, as Frampton hints, have bullishly parked their tanks on the lawn of the marketing industry in recent years. But despite hoovering up advertising and digital agencies in recent months, and increasingly touting their creative credentials, the likes of Accenture and Deloitte have shown little appetite thus far to compete at scale in the media buying business.

A third possibility, and one that marketers are increasingly exploring, is the option of bringing more of their marcomms requirements in-house. Internal creative agencies are already relatively common, and the setup has proved successful for Specsavers, Channel 4 and the BBC who have drawn plaudits for the quality of their output. In-house media trading desks remain lesser spotted but that may change with P&G’s newly revealed plans to “automate more planning, buying and execution and bring it in-house”.

Alex Tait, a former Unilever marketer who now runs the consultancy Entropy, says he’s been speaking to “a lot of brands” who have been mulling over the best way to structure their marketing efforts. He does not, however, think a wholesale shift to in-house media buying at the expense of agencies is imminent. “The fact is that maximising ROI with modern media and marketing communications involves getting the right model across internal and external teams, platforms etc,” he says. “Full outsourcing isn’t a very sophisticated approach but there are a lot of levels in between. You’d have to be very confident with your capability to bring all media buying in house which I don’t see many brands doing in reality.”

So the outlook may not be as gloomy for agencies as the spate of recent reviews and restructures would suggest, but testing times await as 2018’s answer to Mediapalooza gets underway. The best thing the likes of WPP can do now is to remind advertisers – and their investors – of the qualities they possess that can’t be so easily replicated by startups, consultancies or even clients themselves.

“WPP has some great creatives sitting within its various agencies. It needs to push these to the forefront,” says Tony Walford, partner of corporate finance advisory Green Square. “There are huge pressures on driving down costs within agency groups, but one thing that cannot be commoditised is creativity. Most clients would be prepared to pay a premium for great work and WPP should be both pushing its creative credentials and letting shareholders and the City know that creativity is largely immune to downward pressures.”

Whatever tactic agencies adopt in the pitch warfare that’s to come, there are literally billions riding on them getting it right.  Read more