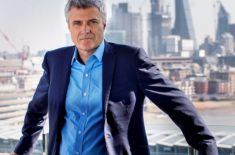 Mark Read promised “decisive action” to revive WPP and his latest intervention – merging 154-year-old ad agency JWT with digital goliath Wunderman – does not disappoint. Not only does it call time on the world’s oldest-standing agency brand, but it signals how advertising agencies, no matter how renowned, will not be the driving force behind Read’s new-era WPP.

Not in their traditional guise, at least. Instead, the recently installed chief executive is betting WPP’s turnaround on a handful of new hybrid agencies that combine creative clout with digital and data dexterity. That was the logic behind his decision to merge 95-year-old advertising stalwart Y&R with VML this autumn, and it’s what he’s now seeking to repeat on a grander scale with the formation of Wunderman Thompson.

“A change like this is probably helpful,” says Pivotal analyst Brian Wieser. “Traditional creative agency networks have struggled to provide comprehensively integrated offerings that balance creative ideation and production for brands with digital experiences, and I don’t think JWT has been any exception in this regard.”

For JWT, consolidation has been on the cards ever since Read’s first week in the job when he put WPP’s creative agencies on notice over their sluggish sales. “They are the part of our business that is most under pressure as clients shift their budgets away from the traditional towards the new,” Read said in his debut shareholder address in September. “We need to have stronger creative agencies with stronger reputations that do better work and win share.”

In practice, that means WPP’s most traditional agencies are no longer being sent in to bat for clients on their own. Teaming them up with a digital player, Read explained, had already proven to be the difference-maker in some of the group’s most important recent pitches.

Y&R was named Office Depot’s agency of record account with the help of VML before the two had officially merged, he said. On the challenging Shell review, “JWT was the incumbent and we went back with a slightly different offer going through the Wunderman door”. Even on the Mars media pitch, led and won by Mediacom, “important resources from Wunderman and Possible were a fundamental part of the review,” Read later revealed.

Since WPP is already seeing success from cross-selling agency services, there is a logic to formally merging talent and dispensing with the rigid structures that thwart collaboration within holding companies at present. What’s telling, however, is that the digital parties are getting top billing in the subsequently formed entities. Y&R’s amalgamation with VML prompted an exodus of its senior staff as the latter’s took most of the top roles in the VMLY&R hierarchy. And it is not Wunderman, the agency Read ran for almost four years before stepping up at WPP, that is losing its historic moniker.

“JWT is a great name, but it’s an old one, one that comes with baggage as well as history,” says Tony Walford, managing partner at mergers and acquisitions advisory Green Square. “If WPP is to reinvent itself as a lean 21st century entity rather than as a 20th century holding group, then it may have to ditch some of the old brand names, no matter how painful that might be.

“A more streamlined agency, which combines the data, digital and direct marketing skills of Wunderman with the creative reputation of JWT may appeal to global clients. It also sends out a message internally, that the culture is changing and that the old silo walls are being dismantled.”

That message will have been heard loud and clear within WPP’s other august creative networks. “One wonders if WPP’s other great legacy agency, Ogilvy, might be next in line for similar treatment,” Walford posits. Industry insiders, however, tell The Drum a merger of Grey and AKQA is more likely to happen next and could even be announced as early as next month. WPP declined to comment on the speculation.

What no one doubts is that WPP needs to change. Read has admitted that the company has grown “too complicated” and “been too slow to adapt” to the changing nature of the marketing business. The analyst Forrester, meanwhile, insisted WPP must “dissolve” its hundreds of agencies brands into just dozens in a bombshell recent report. “[WPP] will either consolidate itself or be forcibly taken over by someone who will,” wrote co-authors Ted Schadler and Jay Pattisall.

Merging JWT and Wunderman is a step in the right direction, Pattisall tells The Drum. “There’s a lot more work for them to do but this starts to help CMOs find a more straightforward partner,” he says. “It’s a bold step for Mark and he seems to be not afraid to make these decisions.”

But is it bold enough to rescue a WPP juggernaut that saw almost £3bn wiped off its market value after a dismal trading update last month? Pattisall’s view is that Read’s wave of consolidation should not stop at creative agencies.

“It becomes radical when they start to integrate media into the proposition,” he says. “There’s a very definitive trend of media and creative coming back together. A radical move for WPP would be to embrace that trend and start to create ways for GroupM to be better integrated into the creative and digital agencies.”

We’ll find out more about whether that’s part of Read’s blueprint for WPP in his much-vaunted strategy update on 11 December. Between now and then, he has some crucial decisions to make about what kind of WPP he’ll be presenting to a market baying for an upturn in its fortunes.

“What Read and team need to be very careful of is not to throw the baby out with the bathwater,” says Green Square’s Walford. “Simplification is good, data-driven insights and creativity are good, lean is good, but so is history. In the rush to adapt to the new world, one must always keep one eye on history, and what made you great in the first place.”
Read More