$1.25bn wiped from S4 Capital after PwC accounting delay: here’s what the analysts say. Barry Dudley quoted in The Drum 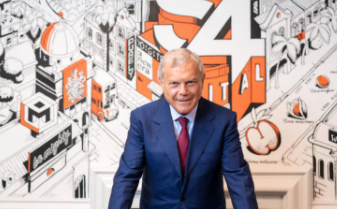 S4 Capital has been forced to push back the release of its full-year 2021 results for the second time this month, leading its share price to plunge 35%. Here’s what industry analysts have to say.

S4 Capital, the advertising business owned by Sir Martin Sorrell, lost over a third of its market value after the company postponed its 2021 full-year financial results.

On March 31, the company issued a statement explaining that auditors were not able to sign-off on the results, mere hours before they were slated to be made public. According to the statement, PricewaterhouseCoopers auditors alerted S4 leadership around midday GMT that they were “unable to complete the work necessary” to publish the earnings information.

“As a result,” said S4 in its statement, “the company will release its preliminary results for 2021 as soon as PwC has completed its work.”

The notice clarified that S4 still expects the year’s results to be “within the range of market expectations” and that the firm witnessed strong performance in the first two months of 2022.

Even with this caveat, shares plummeted in the aftermath of the announcement, falling a total of 35% by the time the stock market closed in London today, wiping almost £950m ($1.25bn) off S4’s value.

It marked the second time this month that the company has delayed publishing its results. On March 1, company leadership said that auditors required an extension on its audit, citing delays caused by Covid19-related resource bottlenecks.

However, it was noted by analysts that the reasons cited for this delay were not linked to staffing problems or Covid-19 disruption.

What the analysts are saying:

Historical patterns suggest that when earnings are delayed, behind-the-scenes drama may be underway.

“S4 has been extremely aggressive in acquisitions over recent years, and it is more than likely that there’s a debate over some of the intangibles there,“ said Greg Paull, co-founder and principal at global marketing consultancy R3. “PwC typically wouldn’t hold something back like this unless there was a good reason for it.”

Paull predicts that declining share prices will slow organic growth and require the company to focus on developing its existing business. “[S4 has] used the past three years to bring in some amazing assets – now is its moment to show greater synergies between them.”

“I certainly wouldn’t want to be the PwC partner responsible for the S4 audit as they must have experienced sensations similar to being in a jet engine testing wind tunnel when they last caught up with Sir Martin,” said Dudley. ”We have seen resourcing challenges with accountants, lawyers and other advisors on deals in recent months – primarily due to Covid — which is what appears to be going on at PwC. But to be side-swiped at the last minute like this does understandably raise suspicions. As S4 has continued to be highly acquisitive, there will have been a lot for PwC to grapple with. S4 has said that it expected its 2021 results to ’remain within the range of market expectations’, so I sincerely hope it’s just another side-effect of Covid that is behind all of this.”

Conor O’Shea, analyst at Kepler Cheuvreux, told Bloomberg: “While it would be too much to say that this has echoes of Wirecard, at first sight it may be similar to the accounting issues that besieged Atos in 2021.”

IT firm Atos saw its share price slump last April after it was forced to delay its finance update. It said accountants had found problems with financial reporting, “leading to several accounting errors,” and it had brought in external firms to investigate if this had led to misreporting elsewhere. The delay to publishing its result was as a result of missed deadline to complete that investigation.

When S4’s 2021 results will be made available remains unclear. Morgan Stanley analyst Omar Sheikh said the lack of a revised date suggests the problem is “non-trivial.”

S4 has been listed on the London Stock Exchange since 2016 and saw its acme in the market in August of last year when it hit a market cap of about $6.5bn. S4 share prices have dropped since then as the company has focused on investing more heavily in technology and staffed up post-pandemic.

Green Square are pleased to announce the appointment of Nick Berry as a new partner in our team https://bit.ly/3Atp1fX