Green Square announces the appointment of Graham Goodkind as Board Advisor 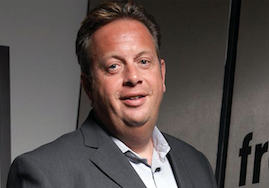 Green Square, the corporate finance advisory boutique to the media and marketing communications sector, has appointed Graham Goodkind as a Board Advisor.

Goodkind will work with Green Square clients on the challenges and issues they face as they seek to grow and maximise the value of their businesses and ultimately seek a sale, merger or acquisition.

Green Square was established in 2008 and has emerged as one of the most down-to-earth, practical and insightful corporate finance advisors in the sector, working with an enviable roster of independent agencies. Green Square has, amongst many other deals, advised on the sale of Intermarketing to Advantage Smollan, Circle Research to Next 15, Orange Bus to Capita Plc, Just:Health to Havas, Frukt to Interpublic and Steak Group to Dentsu. Green Square’s key point of difference is that its partners aren’t just qualified advisers but have actually built and exited their own agencies, giving them a unique perspective.

Goodkind’s experience makes him particularly suitable in this new role with Green Square. He set up Frank in 2000 and in 2007 orchestrated the sale of the business to Photon Group (now Enero), an Australian marketing services group, for a total consideration of over £25m, a landmark deal at that time. He subsequently initiated another transaction post earn-out that saw 25% of the agency returning to the Frank management team. Prior to Frank he founded Internet firm another.com, which he took from start-up to IPO in a year, achieving a valuation of £31m.

In addition to his new role at Green Square, Goodkind remains Chairman of Frank and on the board of other organisations including Shift Ventures and Camden Town Unlimited. He is an active investor and advisor to several early stage ventures as well as being a Dutch Uncle® to other businesses.

Tony Walford, partner at Green Square, said: “We are delighted to have Graham join up with us. He is a serial deal-doer and industry guru which he combines with a founder’s take on running an agency and being entrepreneurial. Having access to Graham’s knowledge and experience is going to be important to us and to the companies we are advising as we further expand, particularly in the PR sector.”

Graham Goodkind added: “I think agency owners long for a kindred spirit in the corporate advisory arena, someone who isn’t just an accountant or finance director or lawyer! Someone who has been in the same trenches as them over the years. Based on the fact that I have been there and done that at just about every point in an agency’s lifecycle, including the sale process and beyond, hopefully I can be that kindred spirit and let owners benefit from my experience and insight.” Press release here